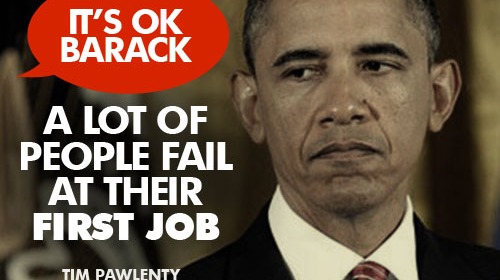 Obama foreign policy can be summed up in four words, “order out of chaos.” When understanding Obama foreign policy you must understand america. America is facing a huge problem, financially collapse. Obama who ran for office in 2008 promised this fake utopia. Americas politically wanted change after we felt our leaders in the White House lied to the people about WMD in Iraq. At the same time, we fell into this utopia, of the first black president and free money. People believed in him, his campaign promised many things one of the biggest issue was ending the long wars. This would lead him to winning a Nobel peace prize in 2009. Obama policy domestically by printing out money, keep america economy going. This create problems because in history we learned you can not print money you don’t have. Russia and China understood this issue and created BRICS in 2011. At the same time as the formation of BRICS, this was seen in Washington as a threat to the IMF.

The USA policy order out of chaos is a result of this. On January, 26 2011, protest started in Syria, leading to a CIA civil war. March 19, 2011 the bombing of Muammar Gaddafi’s forces in Libya, creating a vacuum that would help transfer weapons to the Syrian civil war. Obama along with Saudi Arabia, Israel, Qatar, funded money into Syria creating the Islamic State.Leading in to 2012 when he was elected again, his Foreign Policy became more brave. As the fighting picked up in Syria, Obama was looking for ways to enter the civil war to undermine Russia in the formation of BRICS and to cut off oil pipelines in Syria. .21 August 2013 during the Syrian Civil War, Islamic state rebels used chemicals weapons around Markaz Rif Dimashq district around Damascus, Syria.

This was Obama red line, starting the beginnings of Russian-USA tension. Syria who is a key Russian partner in the middle east, was the first step to stop Russia in BRICS and keep the dollar floating. Open policy and went on USA state television and demand action. However, Putin caught Obama Lie, and pulled the chemical weapons out of Syria. Obama was not finished yet with his policy, at this point Islamic state was making record gains in Syria, Iraq after Obama policy was to pull out. While Obama would go on television and tell the american public “we are supporting the free syrian army.” This became the great lie Americans who are awake realized that the free Syrian army was the Islamic State. Since Obama could not find a way to enter the Syrian civil war, another crisis “popped up.”

The initial riots in Ukraine began on February, 18 2014. The american news reported to the public reported this as a freedom movement. However, it seemed to a few that the CIA had its hands all over this protest overthrowing the government and installing prowest governments. As the crisis turned into the war, america started to take over parts of Kiev government. Hunter Biden, Vice President son and John Kerry stepson Chris Heinz, was appointment in 2014 to the board of the Ukrainian energy company Burisma Holdings. Order out of chaos, has two parts and one main mission, destabilize a area, creating chaos and hope for the best, Ukraine for Obama is simple engage Russia into a full war, by creating a war with Russia, China, the USA will be able to cancel its debt, and expanding the reach of Rothschild banking.