D.I.C. Veritas: STATEMENT on The Occasion of The Anniversary of The Killings of The Serbs in The RSK in August 1995 („Operation Storm“) 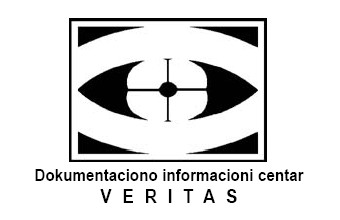 On August 4th, 1995, Croatian Armed Forces, with the approval and support from NATO, in cooperation with the Croatian Defence Council (HVO) and Army of the Republic of Bosnia and Herzegovina (ABiH), launched an aggression on northern Dalmatia, Lika, Kordun and Banija, that is, on the Serbian Autonomous Region of Krajina, in the then Republic of Serbian Krajina (RSK).

The aggression was launched despite the fact that the area was under the protection of the UN, under the name Sectors “South” and “North”, and that the representatives of the RSK accepted the proposal of the international community on peaceful resolution of conflicts the day before in Geneva and Belgrade.

Approximately 200,000 troops were deployed against the Krajina Serbs (around 230,000 inhabitants with around 30,000 troops), of which 138,500 members of the Croatian Army, police forces and HVO were directly involved in the operation. If we add the forces of the ABiH and NATO to this, the aggressor was more numerous than the population of Krajina, and the ratio of troops was at least 7:1 in favour of the aggressor.

In several days of an unequal fight, the resistance of the Serbian Army of Krajina (SVK) was broken. The people of western Krajina, over 220,000 of them, having learned from “historical experience”, sets off on the greatest Serbian “migration” until then, to the East, to their brothers in faith and nation. And when all resistance of the SVK ceased, the aggressor killed people who would not or could not leave their ancestral homes, but also those people in the refugee convoys, to the Una and beyond the Una, deep into the territory of the then Republika Srpska.

In the records of Veritas, there are the names of 1,853 killed and missing Serbs from this operation and after it, of which 1,202 (65%) are civilians, of which about three quarters were older than 60 years of age. Among the victims, there are 545 (29%) women, of which about four fifths were older than 60 years of age, which represents one of the “black” records of the civil war of the 90s of the last century on the territory of the former Yugoslavia.

Of the total number of victims, the fates of 1,002 persons have been solved so far, while the registry of the missing still contains 851 persons, of which 614 civilians, including 310 women. Without a valid reason, Croatia avoids the exhumations of known burial sites with approximately 270 mortal remains, buried mostly under the designation “unknown”, which is a unique case in the territory of the former Yugoslavia, just as it stalls with the identification of 294 exhumed remains without a good reason.

About 1,500 members of the SVK survived imprisonment, of which many were tried and sentenced to long prison sentences for the criminal offense of war crime. About 3,200 of elderly and disabled, who would not or could not leave their homes, were interned in civilian camps. Krajina was ravaged, plundered, and then destroyed, and burnt down. Churches, cultural, and historical Serbian, as well as anti-fascist monuments were not spared either.

This aggression, under the code name “Storm”, was implemented, same as the ones that preceded it (“Miljevci Plateau”, “Maslenica”, “Medak Pocket” and “Flash”), by the “scorched earth” policy, reaching the proportions of complete extermination of the Serbian community in Krajina in mid-November 1995.

Although it was obvious that the Croatian Government had undertaken this aggression due to their opting for a territory free from the Serbian majority that had lived on it, the Security Council of the UN, other than “strong condemnation of the large-scale Croatian military offensive” (R 1009/95), once again did not impose any sanctions against the aggressor.

The greatest paradox of this aggression, as well as of those that preceded it, lies in the fact that the aggressor was a member of the UN and Krajina was an area under the protection of that same organization, and that other members of the organization approved and participated in the very aggression.

The “Storm” is the only event in which the Serbs from Croatia are the victims, that was tried by the International Criminal Tribunal for the former Yugoslavia (ICTY). The Trial Chamber unanimously found that two of the three indicted generals participated in a joint criminal enterprise whose common purpose was the permanent removal of Serbian civilians from Krajina by force or threat of force, and sentenced them as follows: Ante Gotovina to 24, and Mladen Markac to 18 years in prison.

The Appeals Chamber overturned the entire judgement of the Trial Chamber and acquitted the accused generals on all counts, with a tight majority of three to two. Although it did not negate the crimes set out in the first instance, the Appeals Chamber did not see it fit to convict the accused generals even under alternative forms of accountability.

Croatian judiciary also follows in the ICTY’s footsteps. Of a few members of its own armed forces who have so far been prosecuted for war crimes against Serbs at the time of the “Storm”, only one person was convicted (the case “Prukljan and Mandici”). The acquittals for crimes in Gosic, Varivode, Grubori and Kijani, as well as the long investigation with no progress against unknown persons for the massacre of the disabled persons in Dvor na Uni will be remembered in the annals of judicial infamy.

Directly related to Operation “Storm” is a civil action before the Federal Court in Chicago upon a lawsuit of the Krajina Serbs against the consulting firm MPRI, that is, its legal successor, filed in August 2010, for the compensation for pecuniary and non-pecuniary damages in the amount of 10.4 billion dollars, on the basis of complicity in genocide. At the end of the last year, with the consent of both parties, this procedure entered the mediation stage, which is expected to last this entire year.

In the reasoning of their judgement from February this year, the International Court of Justice (ICJ) qualified Opertion “Storm” as an operation of ethnic cleansing, which did not reach the level of genocide – Croats wanted the Serbian territory free from Serbs, expecting them to leave on their own, and not wanting to “destroy them entirely or in part”. And in order to make them abandon their ancestral homes, they shelled their cities and refugee convoys, killed and abused the remaining civilians and solders, both physically and mentally, and prevented their return, but not even all this together, in the opinion of the Court, reached the level of genocide (it is missing “genocidal intent”).

With this judgement, the ICJ provided a solid base to the Krajina Serbs to continue to seek the realization of other (secondary) requests from their counterclaim by legal means: the prosecution of perpetrators of all war crimes against their compatriots, compensation for destroyed property and lost lives, sustainable return, and full respect of their national and human rights, including broad political  autonomy that the international community (UN, EU, USA and RF) guaranteed to them with the “Z-4 Plan”, before Operation “Storm”.

And in stead of Croatia desisting, even without an order from the ICJ, from the celebration of “actions of ethnic cleansing and mass crimes“ as a double national holiday (“Victory and Homeland Thanksgiving Day” and “Day of Croatian Defenders”), which in the previous years were celebrated on August 5th, this year it also added a military parade in Zagreb a day earlier, when the pogrom of the Krajina Serbs had began.

Of course, the international community, including NATO and EU, that granted membership to Croatia in the meantime, is silent, just like it was silent 20 years ago. 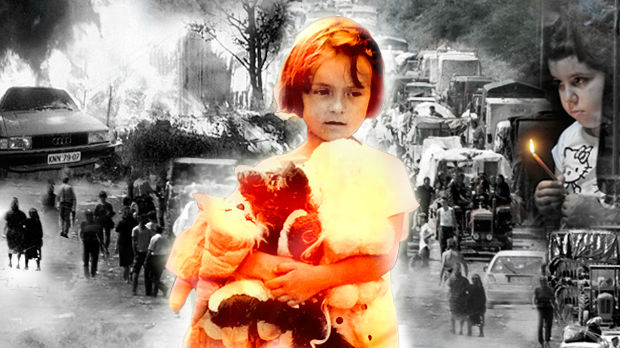