Sophie Mangal: Another U.S. Attempt to Undermine Negotiations on Syria

Amnesty’s findings were in fact fabricated. They have nothing in common with the information inside Syria what could confirm tortures and murders. It looks like designing the latest generation of horror computer games or films.

Another U.S. Attempt to Undermine Negotiations on Syria 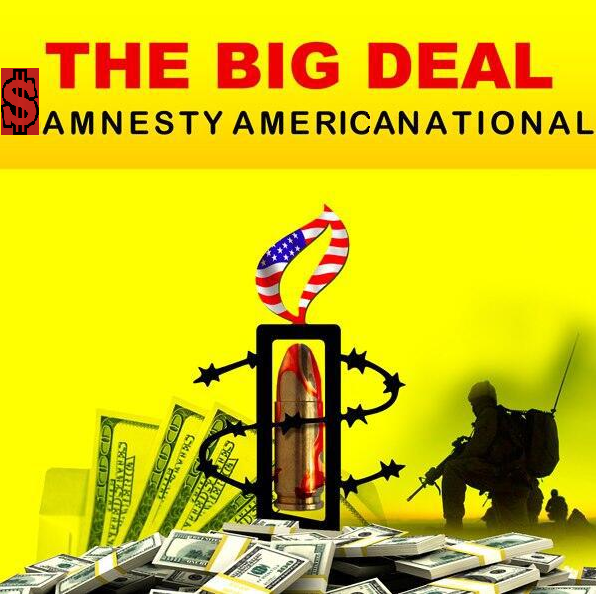 On the eve of another round of Geneva VI talks, large western news agencies BBC and the AP referring to the State Department published accusations of Damascus of tortures and murders of political prisoners.
The published pieces include the words of Stuart E. Jones, the active assistant secretary of state for Near Eastern affairs, and two satellite images, which were taken in January, 2015, of the Sednaya prison near Damascus. 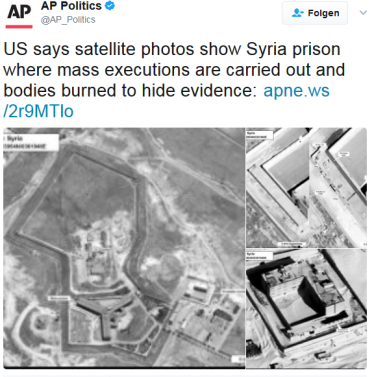 According to Jones, the building has been allegedly used by the Syrian authorities to burn the bodies of prisoners died of tortures and inhumane treatment.
As a proof, the U.S. brought the ‘evidence’ of some international organizations and NGOs including Amnesty International which claims 50 prisoners get killed per day.
However, the report of the ‘human right’ organization was fabricated in London using a technology claimed to be ‘forensic architecture’. Such a method is about substituting facts, physical, photo and video proofs with animation and sound effects created by designers.

In other words all Amnesty’s findings were in fact fabricated. They have nothing in common with the information inside Syria what could confirm tortures and murders. It looks like designing the latest generation of horror computer games or films. People who don’t always have much to say, and can’t write.
The American ambassador to the UN, Nikki Haley, came up to comment on the situation immediately. As if on command, she accused the Syrian government of crimes against humanity while placing some responsibility on Syria’s allies. Such shows are quite efficiently used by western states to torpedo or complicate a process of peaceful settlement.
Yet another ‘sensational’ and ‘unclassified’ disclosure by the U.S. of alleged mass executions in Syria and bodies burned in a crematorium are dubious and aimed at undermining the settlement process. It isn’t an accident that such accusations are published on the eve of Geneva VI negotiations.
Now, when the talks in Geneva without the U.S. side are seen to become fruitful Washington is attempting to exploit the media to turn the world’s attention to ‘Assad’s regime’. Bashar Assad’s opponents need any reason and pretext discrediting the Syrian government to sabotage the peace process.
Such U.S. actions are quite an obstacle on the way to peace in Syria. The conflict parties have shown that they are ready to find a solution of the crisis and to put an end to the terrible war. The positive results of the Astana talks gave impetus to Geneva-6. However, instead of backing the process, the U.S. decided to once again groundlessly blame the Syrian government.

FBR contributor Sophie Mangal, 25, is a freelance writer and a member of the Inside Syria Media Center. After attending the University of North Carolina at Chapel Hill as a media and journalism major, Mangal monitored the refugee crisis in Europe, drawing parallels between the Syrian conflict and the Balkan problem, and has visited Syria on several occasions…