DID THE CROATS SUCCESSFULLY BLACKMAIL U.S. GOVERNMENT INTO SUBMISSION, FORCING THEM TO OVERTURN THE INITIAL ICTY RULING!? 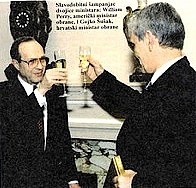 The initial ICTY ruling in 2011, which sentenced Croatian generals Gotovina and Markac to long term imprisonment, was expected, and very well supported by the “conclusive evidence”. Even, according to many international experts, this sentencing was not enough tough, and did not cover the full scale of war crimes and atrocities, committed by Croatian political and military leadership, during and in the aftermath of operation Storm. Still, many Serbian victims were satisfied that they finally achieved at least some justice…

…So, when in November 2012 ICTY appeal chamber ruled that Croatian generals are innocent of all charges and free to go, the news came to many as a complete shock, and reaffirmed them in a belief that ICTY tribunal is just another NATO war tool, in their efforts to punish and humiliate, not only the Serbian government, but the numerous Serbian victims of civil wars in 90ies, whose executors were never (and probably never will be) brought to justice.

The ruling was very controversial, not only because it ignored all the hard evidence, including the forensics and the testimony of the international observers, but because the formal excuse for the liberating judgment was – that in the prosecutor documents were missing the Croatian artillery log books, that according to the Appeal chamber, were the only document that would prove the Croatian intent to drive Serbian population from Krajina. The same books were previously repeatedly requested by the ICTY prosecutors, and Croatia did not even deny its existence, but simply refused to cooperate with ICTY and hand them over. Finally, when in 2008 Croatia was warned by European leaders that non-cooperation with ICTY might affect the prospect of its EU membership – somebody from the Croatian leadership simply destroyed these books, and they informed Hague tribunal that Artillery logs no longer exist. Even such provocative and blunt obstruction of the international justice by the Croatian government, did not result in any repercussions for them, and practically they were forgiven for their deeds. Crime pays – doesn’t it?

Anyway, ICTY tribunal had plenty of other evidence, proving the intentional destruction of Serbian civilian infrastructure was very well documented by the international observers, and in April 2011 ICTY had no choice but to sentence general Gotovina to 24 years, and general Markac to 18 years.

Another fact that indicates that Appeal chamber’ ruling was the political one, and result of some external interference was its split decision – the chamber ruled by the majority decision 3 – 2, implying that there were serious doubts and disagreements, by at least two of the Appeal chamber judges.

“American concern is that if General Gotovina is arrested he may carry out a threat to disclose previously unknown extent of US covert involvement in the Krajina offensive…” – London Times, June 14th, 2003.

Gotovina was arrested, but only shortly, until Croatian blackmail convinced their US masters, to pull strings in ICTY, and free him unconditionally…

CROATIAN OFFICIALS PROVIDED A PLENTY OF EVIDENCE THAT U.S. GOVERNMENT WAS INVOLVED IN “STORM” MILITARILY, AND HAD A FULL CONTROL OVER WAR (CRIMES) ACTIVITIES THAT TOOK PLACE ON THE GROUND

As soon the ICTY indictments against Croatian leaders were announced in 2001, the Croatian government, NGOs, public, and very well organized and connected diaspora, displayed anger and disagreement, promising that they will do everything in their power to obstruct ICTY investigations and prevent trials against their “national heroes”. When in 2011, the first instance judgment by ICTY was issued and Croatian generals were sentenced to long term imprisonment, the Croatian Prime Minister Jadranka Kosor and President Ivo Josipovic publicly expressed their shock and rejection of the ruling, promising to help to overturn the judgment, on appeal!?

And they started their campaign – of obstruction of justice, of abetting the accused war criminals, of the intimidation, and finally, of the blackmail, of ICTY and US officials –

On July 4th, 2002, NGO associated with Croatian government “Croatian World Congress- CWC” filed complaint with ICTY citing what proofs, about US direct involvement in ethnic cleansing of Krajina, they have:

If you read carefully through this CWC statement (threat), they are not even trying to deny Gotovina’ war crimes, they are just implying bluntly, that if their lovely General was sentenced, they would gladly provide ICTY with the evidence of Croatian-American “Joint criminal enterprise to forcibly remove the Serb population from Croatia…”, as it states the ICTY indictment from 2001, of course omitting the US participation (which was the very secret deal, at least until Croatian officials started “mouthing” their “American friends”).

Croatian complaint to ICTY specifically named the highest US officials, alleging that they, along General Gotovina, committed too war crimes against Serbian population:

“On behalf of the Croatian World Congress, a non-governmental organization that is a member of the United Nations with advisory status, you are hereby notified pursuant to Article 18(1) of the Statute of the International Criminal Tribunal for the former Yugoslavia of the existence of information concerning serious violations of international humanitarian law (hereinafter “IHL”), namely that officials of the United States of America, including but not limited to William Jefferson Clinton, Anthony Lake, Samuel Berger, Richard Holbrooke,  Peter Galbraith and/or George J. Tenet (hereinafter collectively referred to as “U.S. officials”), aided and abetted Croatian General Ante Gotovina, who was indicted by your office on 8 June 2001.” 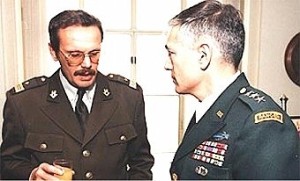 We are not going here to present detailed evidence of US crimes, committed during the operation Storm. Of course, the Croatian war crimes on the ground were very brutal, systematic and savage, they did “the physical work”, but from the evidence provided by numerous Croatian officials and their organizations, it is very obvious, that operation Storm would never happen, or if happened never would be successful, without US military support and direct supervision, or without US approval.

Just to give you “a taste” what kind of American support Croats were enjoying during their atrocious operation against innocent Serbian civilians, will present you with some documented facts:

The Green Light for the operation came a couple days prior the assault- President Clinton passed the order directly to US military attaché in Zagreb Colonel Richard Herrick; Herrick passed order to Croatian head of military intelligence Markica Rebic (the others involved directly were defense minister Gojko Susak, Miro Tudjman and Miro Medimurac, heads of Secret Service and Intelligence Service). US masters were so pleased with Rebic’ service, that they rewarded him with Meritorious Service Medal, delivered to him by Ambassador Galbraith in 1996. The other people from USG involved in this joint criminal enterprise with Croats, in addition to Clinton, were Anthony Lake and William Perry. US masters imposed the time limit on operation Storm- it had to be completed in 5 days.

Long before the Storm, in 1992 USG with Croatian approval established CIA reconnaissance base on island of Brac, from where CIA operators were flying unmanned aircraft spying on Serbian positions in Krajina, Bosnia and part of Serbia itself. USG requested that this cooperation to be held a top secret, so outsiders don’t find that US is taking sides in the Balkans’ civil wars. But it did not stay for too long the top secret. On January 1st, 1994, Croatian state security apprehended a spy on the base perimeter. They delivered him right away to General Gotovina, to find out it was their German ally, precisely it was German military attaché Hans Schwan.

This incident alerted USG, which wanted to conceal any covert activities on behalf of CG, so they promptly removed CIA base to new secret location, in Sepurina, near city of Zadar. This new location was covered by three security layers, to ensure the full secrecy. From new base CIA started immediately collecting photographic and video evidence of Serbian activities in Krajina and Bosnia, and passing them to Croats, and to Pentagon. There was 24 hours, 6 member intelligence crew, present on site- consisting of three CIA and three Croatian military officers.

Croatian military base Sepurine, near Zadar, from which CIA operated drones, aiding operation Storm, and providing live video feed of “military activities” on the ground to Pentagon… 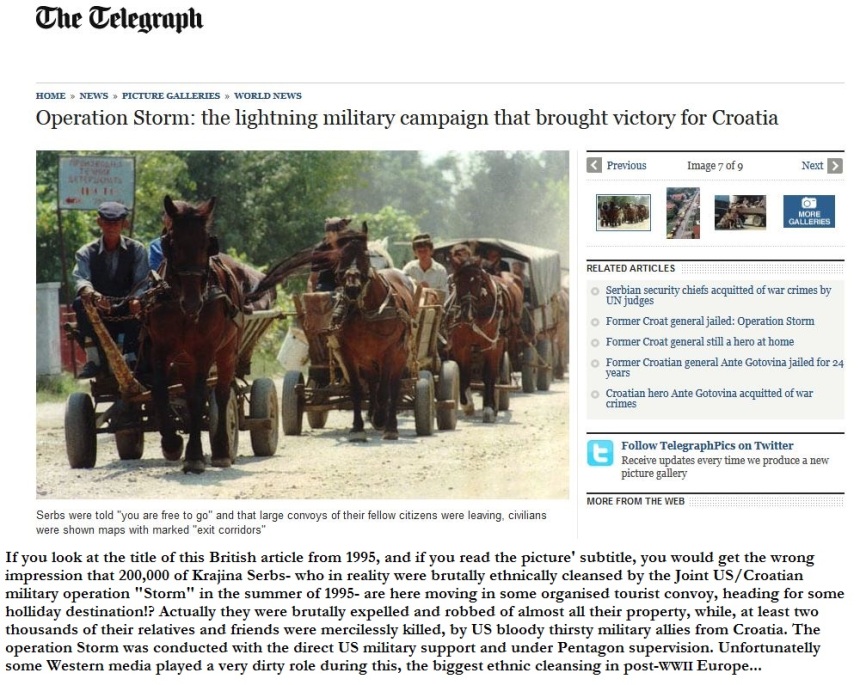 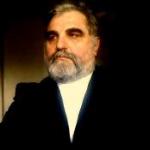 Author Miodrag Novakovic is founder of FBR Media Group @ FBReporter.org, FaceBookReporter.org… Author wrote 6 books in Serbian language, he is the member of IFJ(international federation of journalists). At present he lives in Vancouver, Canada…