Diplomatic Demarche Against the Background of the Syrian Conflict, 06.06

Diplomatic Demarche Against the Background of the Syrian Conflict: What is Behind?

Saudi Arabia, Bahrain, the United Arab Emirates (UAE), Egypt, Yemen, Libya, Maldives and Mauritania announced on Monday an extraordinary step of cutting off diplomatic ties with the State of Qatar. In this regard, the command of Saudi-led coalition has already decided to exclude Qatar from the members of the alliance, which is fighting the Hussites now in Yemen.
Formed after Trump’s visit to Saudi Arabia, the anti-Qatar coalition intends to act decisively. It is to block land, sea and air links with Doha. The upcoming blockade stimulates the growth of energy prices and jeopardizes the Qatar World Cup in 2022.

Officially, the countries have substantiated their decision by the serious violations of the authorities in Qatar. Most of them include:

However, despite all the charges against Qatar, you should try to find out the true reasons of the diplomatic demarche.

Financial Times was the first who started talking about the real reasons. It claims that Qatar paid Al Qaeda about $1 billion to release members of the Gulf state’s royal family who were kidnapped in southern Iraq while on a falconry. It became one of the main reasons to rupture diplomatic relations between the countries.
On the one hand, it seems that you can’t argue with that logic. Qatar took the most direct part in financing and supporting various radical jihadist groups throughout the Middle East and North Africa. A lot of evidence repeatedly appeared proving close links between Qatar and representatives of international terrorist organizations. But this is only part of the truth which the major media considered it necessary to focus attention on.
This accusation may be completely correct, if only we forget the role of the United States and other countries of the Persian Gulf in supporting the same organizations. The thing is that the United States and Saudi Arabia decided to radically change their policy towards ISIS and focus on its elimination. So, the dirty hands of ‘terrorism fighters’ must be laundered before the future triumph over jihadists. In accordance with Saudi Arabia, the U.S. urgently was seeking someone to be accused of what IS had done in the Middle East.
It’s a package deal for Saudi Arabia not to be the main accomplice of terrorism because of its status. Moreover, the Saudis apparently agreed with Trump that the former claims would be forgotten in exchange of huge flows of Saudi money into the U.S. military-industrial complex (Defense contracts worth $110 billion were signed). Thus, Qatar suddenly turned into an official sponsor of Al Qaeda and ISIS.
Perhaps the real reasons are related to the exacerbation of conflict in Yemen. In favor of this version the U.S. postpones Raqqa’s assault together with the Syrian Kurds. It can even be assumed that Trump in Riyadh challenged Tehran by providing the coalition with an unprecedented amount of weapons. And now the situation in the region can only aggravate the tension, which could have an impact on further developments and first of all in Syria and Yemen. The crisis in relations may well shift the confrontation. It would not be surprising if the terrorists in Syria and Iraq also begin an open battle between themselves.

A knock-on effect has come into force. A number of states decided to take advantage of the situation. Egypt, for example, has blamed Qatar for the support of the Muslim Brotherhood. The shooting of the bus with children in Egypt, apparently, provided the tipping point to blame Qatar for everything. Bahrain accused Qatar of supporting the Shiites and of close ties with Iran.
I wish I couldn’t forget the role of other master minders of the Arab Spring. It’s ridiculous, but Saudi Arabia and Qatar supplied militants in Syria and threatened by joint intervention in Syria side by side just a year ago. The founder and the leader of Al-Qaeda, Osama bin Laden, did come from the family of the Saudi nobility. It turns out that Riyadh threatened Assad to invade his country together with the main sponsor of IS! Moreover, Qatar, as the ‘main sponsor of terrorists’ formally even participated in the operations against ISIS. How is it possible I would like to ask?
Probably, this state of affairs is a consequence of the serious strategic changes in the Middle East that occurred after the active accession of Assad’s allies to the Syrian war. The old strategies for the region have collapsed; the plans of Washington, Ankara and Riyadh have gone to pieces, so now new strategies are needed that are adapted to the new reality. Qatar, apparently, does not fit into these plans yet, and they decided to make the country at least a regional outcast. However, it is not worth much regretting this state, given its role in the destruction of Libya and Syria. It remains only to find out whether Qatar will get off with ‘public reprimand’ or he will face a more severe punishment for the sins of everyone else. 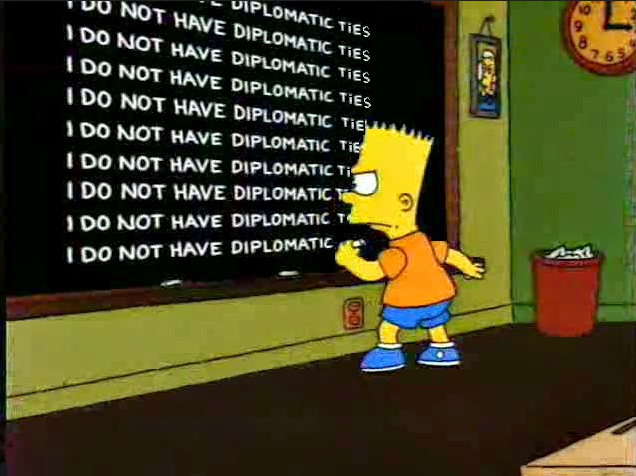 Saudi Arabia has long wanted to implement the annexation of Qatar and supported the protesting Arabs in Qatar during the Arab Spring. Riyadh forbade the broadcasting of Al-Jazeera, which is disintegrative TV channel.
Officials in the Doha in response decided to develop relations with such states as Yemen, Iran and Iraq and provide active support to the Muslim Brotherhood. In 2003, the military base of the US Air Force Central Command Al-Adid was deployed in Qatar and the American air operations’ preparation center in the Middle East was transferred from Saudi Arabia.
Both states finance, arm and train various political, radical and terrorist movements in Tunisia, Libya, Egypt and Syria. In 2014, a political expert, Nabil Ennasri, stated that the conflict between Saudi Arabia and Qatar is also because of the different views on the political crisis in Egypt and Syria, not to mention some economic reasons. Qatar even began to develop a scheme of laying pipelines bypassing Saudi Arabia.

Qatar – Bahrain.
Since the 19th century there have been unsolved territorial disputes between the two countries. In the 20th century, countries began to challenge sovereignty over the Hawar islands, the nearest of which is less than 2 km from the western coast of Qatar. There were border incidents connected with this territorial dispute in 1978, 1982 and 1986 (the most serious crisis) between the countries. In 1986, Qatari armed forces crossed the border of Bahrain and captured foreign workers who had been building fortifications on the disputed islands.

Qatar – the United Arab Emirates.
In 1995 Hamad bin Khalifa Al Thani overthrew his father in order to become emir of Qatar. Within a few months the overthrown emir Hamad bin Khalifa Al Thani went into hiding in Abu Dhabi. Official Qatar accused the UAE, along with Saudi Arabia and Bahrain of a conspiracy against the new emir. In September 2014, the government of the Emirates invested $3 billion in a media campaign against Qatar. The campaign was aimed at influencing the point of view of American journalists so that they published critical articles about official Doha. Qatar also financed custom-made articles against the government of the Emirates.

Qatar – Egypt.
The relationship between Cairo and Doha has deteriorated sharply after the removal of President Mohammed Morsi from power in Egypt. Egypt accuses Qatar of political, financial and information support of the Muslim Brotherhood, which is banned in the country. The parties repeatedly exchanged harsh statements and diplomatic demarches.

Follow the latest developments by reading Inside Syria Media Center.