MUSLIMS ARE COMING: “CONVERT OR DIE- MEANWHILE WE WILL MULTIPLY”…

CONVERT OR DIE- MEANWHILE “WE” WILL MULTIPLY…

This study (enclosed RT article) failed to mention that Muslims “bent on spreading Islam” in Western societies often use their “weaponized” women as a “child producing machines” in order to conquer and “islamize” new territories. It is well documented case of the historically Christian Serbian Province of Kosovo, where at the end of 19th century (1864) Christian Serbs were making 64% of population. Since then demographic picture dramatically shifted in favor of mostly Muslim Albanians- The latest statistics from 2007 show that Serbs are now making less than 5% of Kosovo population.
In a modern history Serbs were “disappearing”” from Kosovo mostly due to the Albanian conducted genocides against them, during Ottoman, Austrian-Hungarian and German/Italian occupation- and the latest, in the aftermath of the NATO illegal aggression against Serbia in 1999- most of Kosovo Serbs were permanently ethnically cleansed by Kosovo Albanians, under “the idle NATO watch”.
Yet, the biggest shift of Kosovo’ population in Albanian favor wasn’t the result of wars, but rather of an intentional and well planned “massive birth rate” of Albanian women, which would amount to the fact that Albanians are today the youngest (in average age) European population, and still multiplying…
In a opinion of this writer, this is not just “the cultural thing” but rather an unique “cultural warfare”, which could be contributed in general to the most of European Muslim population.
Sooner- the European people realize that very “big chunk” of Muslims who are invading Europe nowadays, are not coming to integrate themselves to European society, but to integrate Europeans in Islam- better for them… And to achieve that goal, “Islamic invaders” don’t need to wage any war or to conduct any terror, they just need to maintain their existing superior birth rate, and the time will do the rest…

Sounds almost like a natural evolution- but it isn’t, it is a well executed “Evil Plan”…
FBR Editor M. Novakovic
ENCLOSED THE EXCERPT FROM “RT” ARTICLE:

Muslim population in Europe to triple by 2050, even with ‘zero migration’ – study 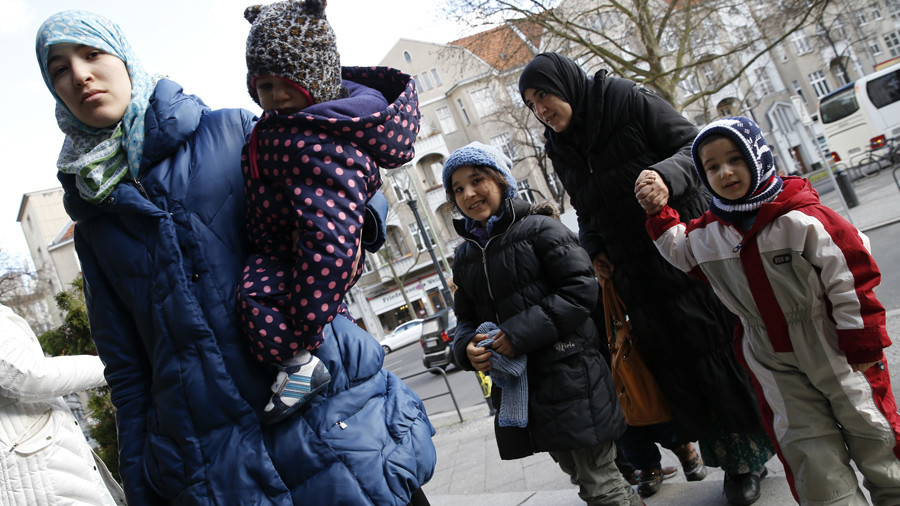 © Fabrizio Bensch / Reuters
Europe’s Muslim population will multiply even if all migration stops permanently, a study has found. On the other hand, high migration sees predictions of some 76 million Muslims dwelling in Europe by 2050.
Read more 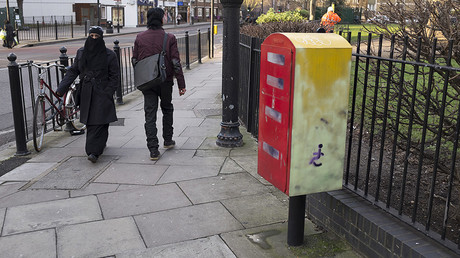 A revealing survey by Pew Research Center, ‘Europe’s Growing Muslim Population’, looks at the future of the 25.8 million Muslims currently residing in European countries. Citing a comprehensive swath of data, it is an attempt to see how the size of Europe’s Muslim population may change in the coming decades, depending on levels of migration.

All three scenarios – zero, moderate and high – considered by researchers produced a thought-provoking outcome: the number of Muslims in Europe will rise at any rate of migration, as they are younger and “have higher fertility (one child more per woman, on average) than other Europeans, mirroring a global pattern.”

Under a first, “zero migration” scenario, the Muslim population of Europe still would be expected to rise from the current level of 4.9 percent to 7.4 percent (roughly 36 million) by the year 2050 even “if all migration into Europe were to immediately and permanently stop.”

A second, “medium” migration scenario assumes that the flows of refugees stop, but “regular” migrants continue to come for reasons other than fleeing wars and instability. Under these conditions, Muslims could comprise 11.2 percent (59 million) of Europe’s population in 2050.

A third, “high” migration scenario, in which the heavy influx of predominantly Muslim migrants recorded between 2014 and 2016 continues indefinitely, paints a far more pessimistic picture. In this case, Muslims could make up 14 percent (75 million) of Europe’s population by 2050 – nearly triple the current figure.

Should that happen, several major European countries are expected to shoulder most of the burden. In Sweden, nearly a third of the population (4.5 million, or 30 percent) would be Muslims, whereas in Austria and Germany Muslims would represent up to 19 percent of the population.

Also, if high migration continues until 2050, Britain’s Muslim share will grow to 17.2 percent, Finland’s to 15 percent and Norway’s to 17 percent.