Sophie Mangal: Who must be responsible for ruined Syria? 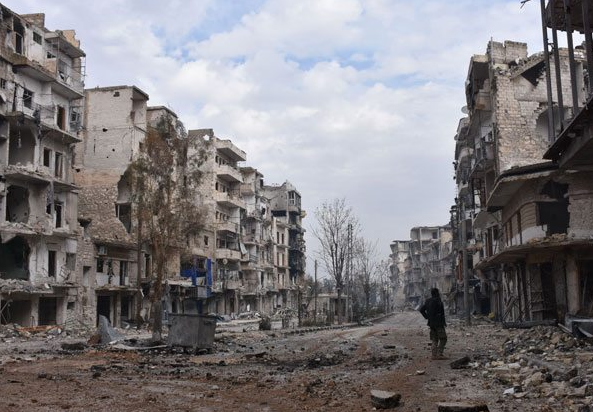 The six-year violent fratricidal war in Syria caused significant damage to the government. Syrians, who are unlikely to ever fully recover from the horror they’ve experienced, have to bear the brunt of devastating consequences. In this regard, there is only one question: who must be responsible for this chaos and suffering of civilians?

Certainly, to admit mistakes is more difficult than to make them. This is proved by the recent statements of the Friends of Syria.

In an interview with Reuters, British Foreign Secretary Boris Johnson said that the United States, Britain and other countries opposed to Syrian President Bashar al-Assad wouldn’t support the reconstruction of the country until there was a political transition “away from Assad”.

Acting Assistant Secretary of State for Near Eastern Affairs David Satterfield confirmed that Syrians would be able to rely on assistance from the Friends of Syria only after the change of government. The American diplomat also mentioned that the restoration of Syria directly depended on political processes that should be determined exclusively at the Geneva talks.

It is quite difficult to accept the position of the Western countries since the U.S.-led Coalition’s air strikes caused most of the destructions in the country. According to Airwars monitoring organization, since the beginning of the ‘counter-terrorism’ operation in Syria, the Coalition Air Forces have inflicted more than 14,000 indiscriminate air strikes, which led not only to the destruction of infrastructure but also to the death of at least 5,500 civilians.

It also should be mentioned about Raqqa. In fact, the city turned into ruins due to the join operation of the Coalition and Syrian Democratic Forces (SDF). Certainly, nobody is surprised that representatives of the U.S. current administration refused to comment on the issues of further restoration of the city.

In fact, only Syria’s allies Russia and Iran provide real assistance in the restoration of cities and the provision of humanitarian aid.

Over the last two days, Russia delivered several tons of products and essentials to civilians in Aleppo and Eastern Ghouta.

At the same time, during the meetings held within the framework of the 59th Damascus International Fair, the Syrian government signed a number of mutually beneficial agreements on joint construction with India, Iran, and Lebanon.

In fact, it turns out that only a few countries are interested in normalizing the situation in Syria. The West led by the United States is hard to give up the habit of spending money not for help, but for destruction. This is the main reason why Washington is not ready to take responsibility for the deed, despite the fact that the U.S. is guilty.