EDITORIAL: Similarities between “the Douma Attack” and Western staged “False-Flag Ops” in Kosovo, in 1999

The West waged similar propaganda war against Serbia during illegal NATO bombing of country in 1999. Canadian CTV station was airing at that time the fake story about “10,000 Albanian boys” being held in Serbian captivity to be slaughtered and used as a blood bank”, while the reality was opposite- Hundreds of Serbian war prisoners and civilians were abducted during NATO war and in following years (under NATO occupation) and butchered for human organs.

…And then was swapped under the rag- because NATO complicity and possibly direct involvement, in this Crime of Century, was so obvious.

The firefight between Albanian terrorists from KLA and Serbian police forces (in which was killed 45 Albanian guerrillas) in January 1999; was presented by the notorious US ambassador William Walker (who was at that time the head of OSCE team in Kosovo) as “a massacre of innocent villagers”.

Later this event was debunked as another US stage False-Flag operation. But it served its purpose- this incident was used as a trigger for three month NATO bombing campaign, which was described by some MSM as the most savage and the heaviest bombardment in post-WWII Europe…

…So much about “Western truth” and their Quasi-Justice. 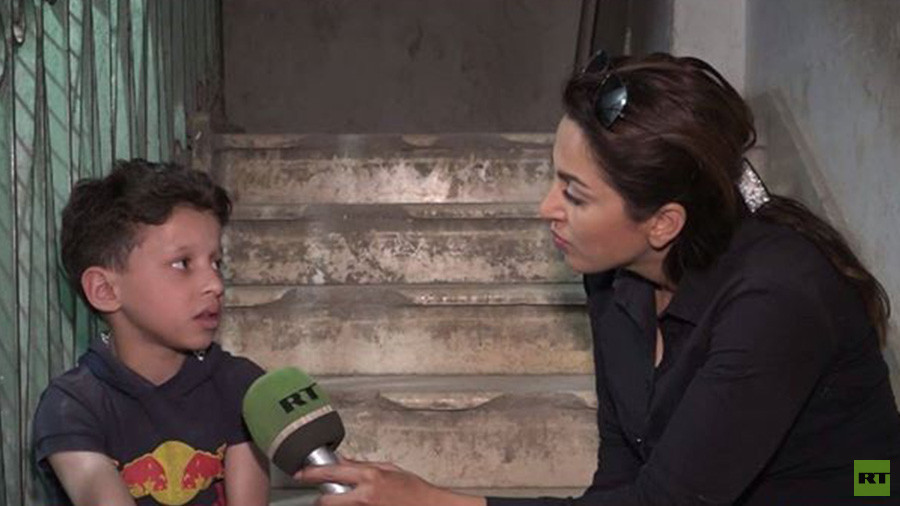 He says he was with his mother when they were urged to rush to the hospital. “We were outside, and they told all of us to go into the hospital. I was immediately taken upstairs, and they started pouring water on me,” the boy recalled.

“The doctors started filming us here [in the hospital], they were pouring water and taking videos,” he added. Hassan’s father later hurried to the hospital. “I was very surprised, and asked what had happened, why my son’s eyes were red. I found out that it was water, but it was cold, he could have got sick, he was undressed,” the man recalled.

Russian broadcaster VGTRK was the first to find the boy and his father and break the story. Now, Moscow is planning to show the video about Hassan at the next meeting of the UN Security Council, Russia’s UN envoy Vassily Nebenzia said on Thursday.

Despite the doubts, unconfirmed social media posts and claims by the White Helmets were enough for the American-British-French coalition to strike Syria on April 14 over the alleged attack. The US-led force was so sure of its ‘sources’ that it went on with the strikes even though the Organization for the Prohibition of Chemical Weapons (OPCW) had not even started working on the ground to establish the truth.