War on Identity – the abuse of Kosovo toponym 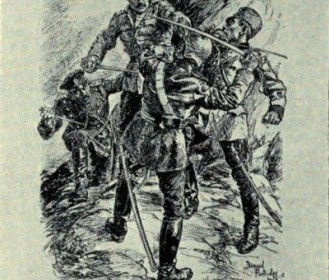 On 28 June 1916, Britain commemorated Kossovo Day. The Manchester Guardian reports:
“In all the strange developments of wartime, there can hardly be anything of such curious significance as Kossovo Day as it is being kept this year. That in London and Manchester and other English cities people should meet and demonstrate in memory of a battle which occurred in The Balkans 527 years ago – here surely is an extraordinary thing”. So what was this extraordinary thing?
Kossovo dayKossovo Day, 28 June, to the Serbian people is the day when they commemorate the Battle of Kossovo between the Serbs and the Turks which took place on the Plain of Kossovo in 1389. Although the battle ended in a stalemate, the Turks had a larger surviving army than the Serbs. As a result, Serbia gradually became absorbed into the Ottoman Empire and the Serbian people always commemorated 28 June in the hope that one day they would once again be free of the Ottoman Empire.
During World War I Britain had come to admire Serbia. In autumn/winter 1914 the Serbs defeated the Austrians in three battles. Links with Serbia which had started during the first two Balkan Wars in 1912 and 1913 were cemented. The Serbian Relief Fund was set up by academic Robert Seton-Watson and others and had the support of many influential people, the Queen agreed to be a patron.
The Scottish Women’s Hospitals was founded by Dr Elsie Inglis, a Scottish doctor, and drew its support from local Suffrage Societies. Through both these organizations and others, doctors, nurses and other relief workers went out to Serbia to tend to the wounded soldiers. As they went out they grew to love the Serbian nation and its people.
During World War I, respected Serbs such as the Serbian Orthodox priest Father Nikolai Velimirović and academic Dr Milan Ćurčin were able to tell Britain what their country was going through – the war, the typhus epidemic and finally the defeat of Serbia by the armies of Germany, Austro-Hungary and Bulgaria in 1915.
Admiration of the Serbian people grew as any who could make the journey, including the King and the Prince Regent, retreated over the mountains of Montenegro and Albania and ended up in Corfu and Corsica.
So because the Serbian people were exiled and unable to commemorate their national day, Kossovo Day was to be commemorated in Britain.
Serbian people.

Every now and then we are being bombed by some terms in order to get used to them and accept them as something regular, accurate and correct. Such a thing happened with the toponym of Kosovo.
The same method was applied in Bosnia and Hercegovina, i.e with the toponym of Bosnia, which once was an Orthodox Christian medieval kingdom, meanwhile global media portrays it as it’s exclusively Bosnian Muslim land regardless the fact that history, old books speak differently.  In that sense here are the facts easy to check:
Encyclopedia Britannica, Edition 1971
Reference: EB, Edition 1971, Volume 3, page 983, Entry: Bosnia, history
Quote:
SERBIAN SETTLEMENT IN BOSNIA-HERZEGOVINA BEGAN IN THE SEVENTH CENTURY A.D.
End quote.
Note: Croats settled much later and in insignificant numbers. That is why they are not mentioned much in the literature.