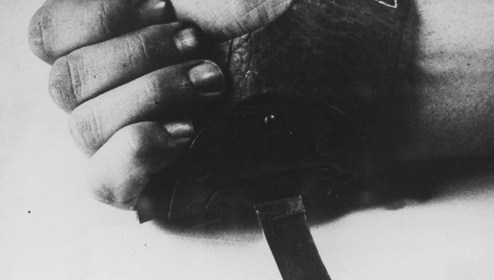 Often overlooked when considering the concentration camp system, the large complex of camps known as Jasenovac was located on approximately 220 acres of land southeast of Zagreb, Croatia. Established following the newly created independent state of Croatia, the camps were erected on the banks of the Sava river. Of five hundred prewar village houses, 432 were demolished and over 400 occupants killed – including some 48 children, during the Ustaše genocide. The torture and execution methods used at Jasenovac are among the most disturbing throughout the history of the concentration camps of the Third Reich period.

Located in Jasenovac at Gojilo – within former industrial facility. Founded early in 1942, remained operational until the end of the war.

Established in summer 1941. Initially used as an independent holding centre for political prisoners, later converted to women’s camp during the winter of 1942. Many of the camp inmates were later transferred to the brick factory – Camp III. Also used as a collection point for Jews due for transfer to Auschwitz.

Other camps were located at Mlaka – a women’s labour camp 12km downstream from Jasenovac, and at Uštica, a gypsy camp established in the first half of 1941 that operated until April 1945.

The camps were designed by Vjekoslav Luburic, who studied the Nazi Konzentrationslagers. Mostly wooden barracks comprised the main camp, Ciglana – Camp-III, along with stone structures such as the purpose built crematorium, tunnel building, brick factory, a saw mill, chain factory workshop and power plant. A 2km long 4m high wall and tall wooden watchtowers surrounded the main camp, which was erected alongside the river Sava.

Entirely comprised of Croatian political police and Ustaše militia, with Catholic priests also being among the officers.

Eugen Kvaternik – head of all camps until 1943. Later emigrated to Argentina, where he died in a traffic accident.

Djekoslav Maks Luburic – supervisor of camps. Escaped to Hungary, then Spain, where he was killed in 1969.

Miloš Ljubo – officer known for his brutality who led and participated in an action on December 25th 1941, when an entire transport of Roma were executed. Later boasted that “this is how the Ustaše celebrate the first Christmas in the Independent State of Croatia”. Later executed.

Hinko Pičili – engineer who planned the crematoria facility at Jasenovac, built next to the brick factory. Fate unknown.

Priests such as Father Prekalo and Ivica Brkljačic, who was later executed, were also among the many cutthroats at Jasenovac. Priests who refused to participate in the slaughter later became prisoners of the concentration camp. On Sundays, armed priests held mass near the carpentry block – killing before and after they delivered their sermon.

Other staff, including Petar Brzica (unknown fate), Ante Zrinušič and Mile Friganovic boasted of the many hundreds they each slaughtered with their blades, including one day when a competition for the most personal kills was held.

THE SLAUGHTER KNIFE – Known as a “Srbosjek” (Serb cutter), this crude former wheat sheaf bladed instrument was said to have been chosen by Ante Pavelic, the head of state. The weapon, similar to prewar designed “Gräwiso”, manufactured by Gebrüder Gräfrath from Solingen-Widdert, was a popular choice of the Vrban (cutthroats) at Jasenovac. Survivors recalled how the cutthroat unit once killed a group of 400 people in 15 minutes.

MALLETS, AXES, SAWS, HAMMERS AND BARS – Initial mass murders were often carried out using mallets, hammers and saws, which were then replaced by other weapons due to the slow rate of killing. Smaller axes and blades gradually became more popular with the staff.

CREMATORIA – Some prisoners, often under the influence of drugs, were burned alive in the crematoria facility.

GRANIK – A ferry point unloading ramp located along the shore of the Sava river, inititially used to transfer agricultural products by crane from the ferry to the embankment, was later used as an improvised gallows. Prisoners were also weighed down, often tied together in pairs and cut open before being dropped into the flowing river below.

Prisoners were transferred to Jasenovac from April 1941, with thousands arriving at the “tunnel of death” in Camp-III. After arriving at the camp, many were transferred – up to 300 at a time – by ferry across the river Sava. Spring 1942 saw large contingents of gypsies arrive at Jasenovac. The men were set to work on the massive embankment project, designed to prevent the potential flooding of the compound. Women were immediately sent to their deaths in Uštica, mothers carrying their children, some singing as they went. According to eyewitnesses, this terrible action continued every day for several weeks. A group of 72 prisoners were selected to be killed by starvation and locked in a room without food or water for weeks on end. Eighteen survivors resorted to cannibalism in order to survive, yet they were later rounded up and transferred to a house in Gradina village where the windows and doors were bricked up. There, they were left. In 1942, the main camp was swarming with children – mostly from the Mt.Kozara area. Over 500 were crammed into the tailor shop which was then sealed, before Zyklon-B was administered. The main camp had a separate open air camp, known as camp IIIc. This area was reserved for Roma inmates. Following the assault on the Kozara region, around 2,000 people a day were executed.

A large bag of blades was resharpened on a daily basis – one of the duties within the chain manufacturer’s workshop. Thousands worked on the huge embankment project, up to 1,000 a day enduring horrendous conditions. Often, the guards beat prisoners to death on the spot, with their bodies becoming part of the large construction site. Other prisoners worked in the saw mill, brick factory and power plant. A group of 12 well fed gypsies from the Vinkouci area worked as gravediggers across the river from the main camp. They dug 5-20m long ditches, approximately 2m of equal depth and width, before stripping and burying the dead.

April 21st 1945, evening – the staff plan on executing the remaining 800 women and 1,000 men. All are taken to the women’s camp in preparation for the slaughter. Due to increased patrol duties – the presence of partisan units had been noted in the area, the action was delayed until the following day.

April 22nd 1945, 10:00am – prisoners storm the eastern gates, with up to 520 being killed during their attempted escape. Around 80 survived the ordeal. The remaining prisoners were all killed and all buildings were razed.

Early May – partisans found only the smouldering remains of the camp structures – along with hundreds of skeletons, the only reminder of the former inmates.

Partisan units had attempted to attack the camp earlier, during 1942 and 1943, but they were unable to cross the river or combat the camp defenders.

THE NUMBER OF VICTIMS:

Still disputed to this day, with early estimates of 700,000 nowadays being widely regarded as drastically inflated. Nevertheless, conservative modern estimates range between 90,000 – 100,000. This figure is said to include approximately 20,000 children. A low estimate of the Serbian victims stands at a minimum of 60,000. Researchers believe between 8,000 and 25,000 Jews perished at Jasenovac – most of whom would have died before August 1942, due to the subsequent Auschwitz bound transports. Between 25,000 and 50,000 Roma are also thought to have died at Jasenovac.

An open field with a large stone flower memorial commemorate the site of the former main camp. A locomotive and several wagons also stand near the former camp entrance.

4. “Srbosjek” Serb cutter – the bladed instrument used to slaughter so many at Jasenovac.