“If I was in a position to try Naser Oric (Srebrenica’ Muslim Commander) in International Crime Tribunal in Hague for the crimes against Serbs, I would sentence him at least to 20 years of imprisonment. But for the crimes he committed against own Muslim people I would send him to jail for at least 200,000 years. He is the most responsible for Srebrenica becoming one of the darkest episodes in the mankind history

Testimony by Bosnian SDA leader Ibran Mustafic: 1,000 Muslims in Srebrenica were killed by our own hand!

…I heard it from the former Srebrenica police chief Hakija Meholjic at least ten times. But I would not be surprised if he now “suddenly” changes the story- stated one of founders of SDA (Bosnian Party of Democratic Initiative)…

Bijeljina- “Between 500 and 1,000 of Bosniaks (Bosnian Muslims) were killed by their comrades during the

breach of Serbian lines towards Tuzla, in July 1995, because there was “the kill list” containing the names of those who simply were not allowed to reach the freedom“, confirmed to us one of the founders of Srebrenica’ SDA- Ibran Mustafic

He stated that entire Muslim leadership including the president Alija Izetbegovic was “aware” of this kill list, in addition at least ten other people have confirmed to him the existence of such list.

“I heard it at least ten times from the former Srebrenica police chief Hakija Meholjic. But I wouldn’t be surprised if he now changes his story”- Stated in his interview for “Vesti” Mustafic, who has been for many years the member of Special Committee created to commemorate the tragic Srebrenica events.

According to him, this kill list was created by the “Srebrenica Mafia” including the Srebrenica political and military leadership in 1993, which he described as “the masters of life and death”. 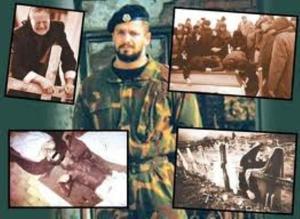 “If I was in a position to try Naser Oric (Srebrenica’ Muslim Commander) in International Crime Tribunal in Hague for the crimes against Serbs, I would sentence him at least to 20 years of imprisonment. But for the crimes he committed against own Muslim people I would send him to jail for at least 200,000 years. He is the most responsible for Srebrenica becoming one of the darkest episodes in the mankind history. In 1993 when Srebrenica enclave was about to fall in Serbian hands he fled, then he fled Srebrenica once again in 1995.”- added Mustafic.

Mustafic stated that Srebrenica’ massacre was “a deal” arranged in direct communication between Bosnian president Alija Izetbegovic and US president Bill Clinton.

“Srebrenica absolutely was the Arranged Genocide between the international community and Alija Izetbegovic, more precise, between Izetbegovic and former US president Clinton. That’s why for me the bigger crime, of the one taking place in July 1995, was the moment when Srebrenica’ Memorial Center was visited by Bill Clinton- that was the moment when the murderer returned to the crime scene.”, said Mustafic.

He also stated that there are manipulations with the names of the Srebrenica’ victims. “I know about the case where the father stated how allegedly he lost his son, but in fact his son was not among the killed or missing persons. There is a similar case with the man who is listed among Srebrenica’ missing victims, while he actually died in Holland. Many poor Muslims did provide such false statements, adding the own family members to Srebrenica’ victim list in order to gain some financial and pension benefits. Another thing: Srebrenica was allegedly demilitarized zone between 1993 and 1995, so how come we now have 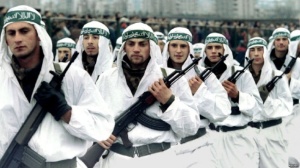 so many disabled war veterans?”, Mustafic is asking.

…”It is almost impossible because the Srebrenica became the subject of manipulations, and one of the main manipulators is Amir Masovic who was planning to benefit from the Srebrenica’ victims for many years to come. But there are others close to Izetbegovic, who started the efforts, since the summer of 1992, to produce as many Muslim victims as possible.”, highlighted Mustafic.